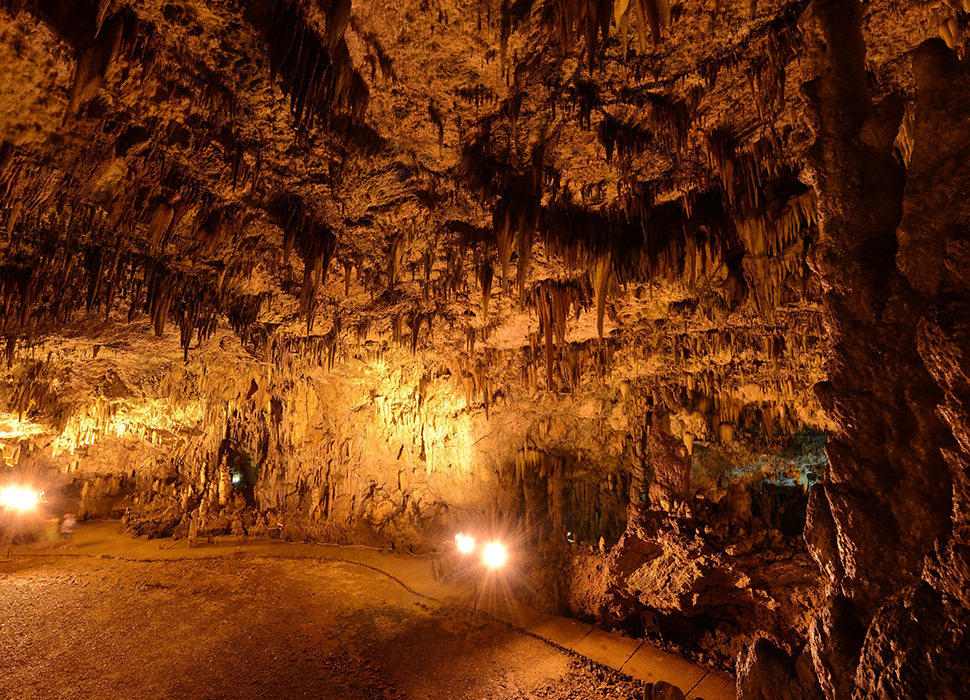 Its depth is around 60 meters with an average temperature of 18o C and a fairly high amount of humidity (90%), as is the case in all caves. According to archeologists, Drogarati’s age is over 100 million years. The part which is now free to access is only one part of the total, while it is likely that the cave communicates with other caves or cave formations in the area. There are many stalactites and stalagmites formed by water which, in its path, erodes the components of the rock and deposits them at the stalagmite’s edge.

Every 100 years,  it is estimated that its size increases by 1cm. Earthquakes as well as human action has contributed to many of them being cut. Nevertheless, the picture of the entrance of the cave is magnificent. Drogarati cave is open to the public all year round and in the past, several events were held in the 900 square meters hall in its entrance, due to its great acoustics. It is one of the few caves which has allowed for intense lighting in order to enable the visitor to admire nature’s grandeur.

Any cookies that may not be particularly necessary for the website to function and is used specifically to collect user personal data via analytics, ads, other embedded contents are termed as non-necessary cookies. It is mandatory to procure user consent prior to running these cookies on your website.