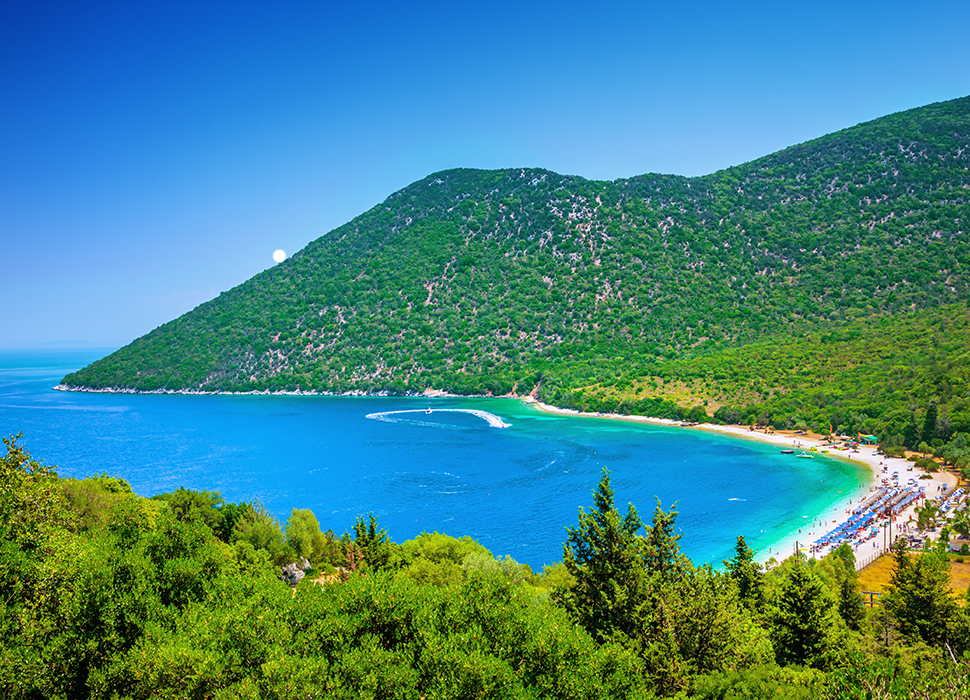 For this reason, many visitors stop at an appropriately shaped plateau to take the necessary photos. The view from the Agrilion Monastery is also spectacular.It is considered one of the most beautiful beaches of the island, since it is full of pebbles, but in some places it also has small pebbles or high sand surrounded by green hills and cypresses which almost reach  the water. Its crystal-clear, blue waters enchant even the most discerning holiday maker.

In recent years it has been characterized as organized with a snack bar, sun loungers, umbrellas and water sports. It is always honored with the distinction of the Blue Flag and cars can easily park in a properly designated spot.Though in the past guests were few, Antisamos is now flooded with tourists as well as locals, who travel many miles to visit it every summer. It became famous to the general public from the film “Captain Corelli’s Mandolin” which used this beach in many scenes in order to reveal the magic Kefalonian landscape.